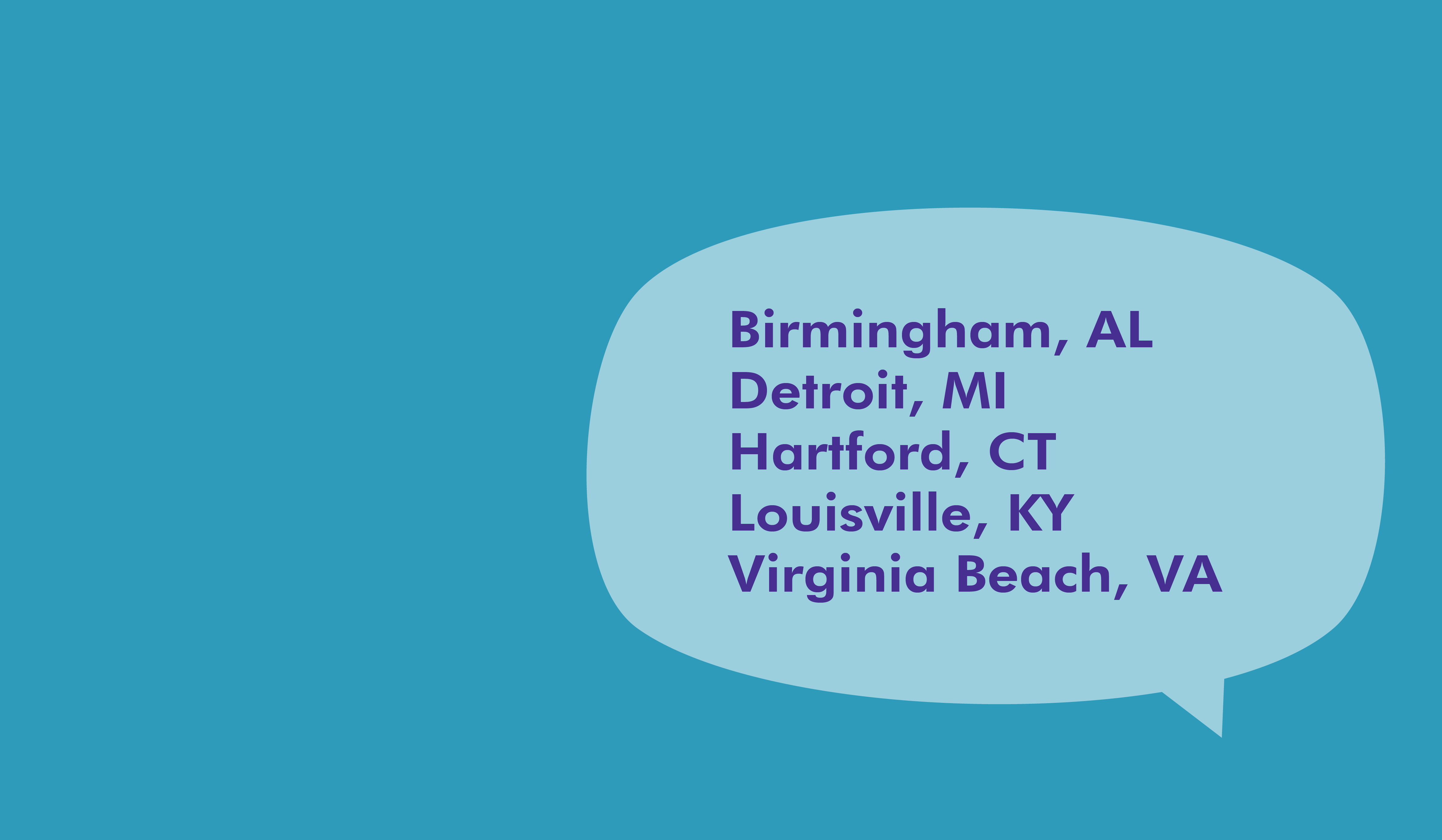 Inspired by Providence Talks, the first-ever Grand Prize Winner of the Mayors Challenge, Cities will Expand Robust Programming for Children that Increases their Exposure to Words and Conversation, a Crucial Intervention for Vocabulary Building, Brain Development, and School Readiness

Providence Talks was the first-ever Grand Prize Winner of the Bloomberg Philanthropies Mayors Challenge, an innovation competition for cities. The winners of the challenge are cities with bold, inventive ideas that address urgent challenges and have the most potential for impact and the ability to spread to other cities.

After receiving the Mayors Challenge Grand Prize in 2013, the city of Providence, RI, launched Providence Talks the following year with support from Bloomberg Philanthropies. The program continues today and has served more than 3,000 children.

The program provides families with a small recording device known as a ‘talk pedometer’ that counts adult words spoken in a child’s presence, as well as the number of conversational interactions a child engages in during the day. Research shows that robust exposure to words and conversation—from birth to age four—is crucial for children’s vocabulary building and brain development.

“Providence Talks has had a profound effect in our city by empowering parents and placing children on a supportive path to educational success,” said Mayor Jorge O. Elorza, of Providence, R.I. “By proactively providing tools and assistance to families in need we are closing the word gap and ultimately the achievement gap. Our innovative program reflects our belief that investing in our children is the greatest investment we can make for our future and we’re thrilled that other cities are interested in replicating it.”

Bloomberg Philanthropies will support this programming with grants in each city. Cities will also receive the technology and software, including talk pedometer devices, software, and other tools required to replicate the approach. These critical technological resources are provided by LENA, a national nonprofit organization that develops technology to measure talk.

“Our evaluation of Providence Talks shows positive program effects that promise to disrupt the learning gap on a city-wide scale. Providence Talks not only improved the auditory environment at home but also contributed to parent efficacy, factors that will support student success,” said Brown University Professor Kenneth Wong, principal investigator of the evaluation.

The cities were identified and selected through an application process and will bring this tested approach to a citywide scale over the next three years. Bloomberg Philanthropies’ What Works Cities initiative will support the implementation in each of the five cities.

“Each city has worked closely with local partners to design a replication program that will positively impact families in their community,” said Simone Brody, Executive Director of What Works Cities. “We are excited to follow their progress and share lessons on how cities can tailor effective programs developed elsewhere to meet the specific needs of their community.”