Virginia Beach is expanding its programming for children to…

VIRGINIA BEACH – The city was selected as one of five Americ... 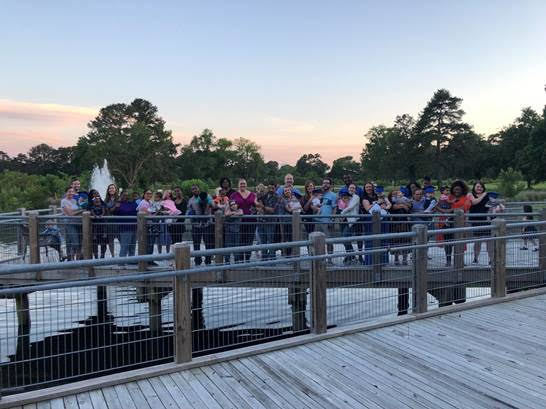 VIRGINIA BEACH – The city was selected as one of five American cities that will replicate Providence Talks, an early childhood education program that empowers parents and caregivers with tools to support language development at a critical age and help children enter kindergarten classrooms ready.

Providence Talks was the first-ever grand prize winner of the Bloomberg Philanthropies Mayors Challenge, an innovation competition for cities. The winners of the challenge are cities with bold, inventive ideas that address urgent challenges and have the most potential for impact and the ability to spread to other cities, according to a news release from the city.

The other cities that are replicating Providence Talks are Birmingham, Alabama; Detroit, Michigan; Hartford, Connecticut; and Louisville, Kentucky. Combined with local investments, the support provided across the five cities totals nearly $12 million over three years.

Supported by Bloomberg Philanthropies, through its What Works Cities initiative, Virginia Beach is launching LENA Home to serve Virginia Beach families with children 0–3 years of age.

LENA Home is building on brain science which confirms that 80 percent of a child’s brain develops by the time they are three years old. Research shows that talking with babies, especially through conversation, is one of the most critical elements supporting early brain development, city officials said.

“I understand the importance of investing in early childhood education to support a thriving community,” said Virginia Beach Mayor Bobby Dyer. “By ensuring young children and their families thrive, we are setting a strong foundation for future learning and life success.”

LENA Home will use the Providence Talks early language innovation, along with its current home visiting and early education delivery system, to strengthen the early language environments, healthy development and school readiness of children, officials said.

The program provides families with a small recording device known as a ‘word pedometer’ that counts adult words spoken in a child’s presence, as well as the number of conversational interactions a child engages in during the day. Research shows that robust exposure to words and conversation—from birth to age 4—is crucial for children’s vocabulary building and brain development, officials said.

A Brown University study of Providence Talks found children who participated in the program made significant gains in the number of words they heard, turns they took in conversations, and language development. The largest gains were seen in children who started the furthest behind. These children, on average, saw the number of adult words they heard daily grow from 8,000 to more than 12,100.

By the end of the program, the children showed, on average, a 15-percentile point increase in the Developmental Snapshot score, a tool used to measure a child’s development progress (or language skills), officials said in the news release.

Bloomberg Philanthropies will support this programming with grants in each city. Cities will also receive the technology and software, including talk pedometer devices and other tools required to replicate the approach. These critical technological resources are provided by LENA, a national nonprofit organization that develops technology to measure talk.